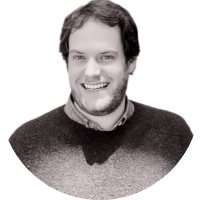 John is co-founder and Managing Director at Floating Point, an early-stage venture capital firm focused on the intersection of technology and complex, highly-regulated industries.

Prior to launching Floating Point, John was Chief Risk Officer and a member of the founding team at Oscar Health, a pioneer in the insurtech space and one of the first startups to demonstrate that a technology-driven approach could transform a complex, capital-intensive industry. As one of the two longest-serving C-level executives of the firm, he helped lead Oscar from inception to nearly 500,000 members and over two billion dollars in annual revenue.

John began his career as a quantitative researcher at Bridgewater Associates, where he was one of fewer than 20 investment professionals responsible for developing the firm's core macroeconomic trading models.  After leaving Bridgewater, he built and led the data science team at Vostu, a leading social game developer in Brazil and Argentina, and co-founded Intersect, a climate change analytics startup spun out of McKinsey.

John holds a BA in Economics and Computer Science from Yale University and an MBA from the Stanford Graduate School of Business.